Ashlee Simpson’s big sis Jessica Simpson is not know for her brainpower. In fact, she is known for her bust power. Ashlee is not far behind in that department. Some have accused little Ashlee of cosmetic surgery, but based on her genetics I think her breasts are natural. The nose job, yes, but no boobs.

Ashlee was recently rumored to have purchased a new Mercedes Benz. She is apparently having trouble with her young husband and blew off some steam by buying a new stud cruiser. Somehow I doubt she wore this dress to the car dealership. If she did, well she probably got a smoking hot deal. The poor salesman would’ve been too astounded and mesmerized by that cleavage to even put up a good fight. I think she could technically fit a bra under that top, but what would the point be? You could see more bra than the law allows. Beautiful, curvy body Ashlee – you keep it up girlfriend. 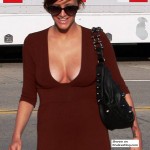 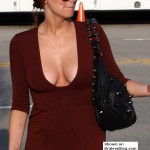 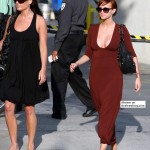 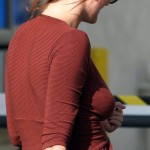