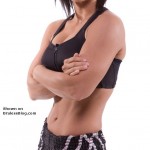 I wouldn’t go so far as to call her gorgeous, but she is attractive (boobs!).

She is only 30 years old, but that’s a long time to get your face pounded on, so she looks a little rough around the edges. Her body is pretty damn good. 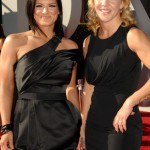 I’m stuck on her boobs. I mean, they are gigantic. Are they fake? And if they are, why would a professional athlete go out and get a boob job knowing that would slow her down a bit, weigh her down, make it harder to move fast? I gotta say they are real. Here is my supporting evidence.

1) She’s been fighting since 2006, and has always been dedicated to winning. She wouldn’t have plumped up her chest knowing the disastrous effects it would have on her mobility and weight class.
2) I’ve seen no pictures of her from years past as a a-cup or b-cup. She’s always been curvy. She’s 5’8″ tall and 150 lbs. That ain’t tiny for a woman.
3) She’s had trouble making weight for a few fights. Girls who have to make weight don’t carry around bags of silicone or saline fake breasts.
4) Gina seems to be able to squash the girls down a bit with a sports bra or compression bra. It’s hard to do that if they are fake. 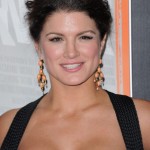 I swear I didn’t realize she was Crush in American Gladiator. She wore an outfit that consisted of a silver tanktop, what looked like a girdle, and some short shorts. Man, I used to love that show. The chicks on there were so hot. 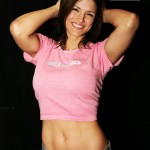 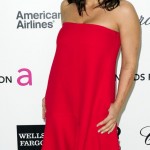 Gina is listed as having 36DD boobs. Holy cow those things are tantalizing! 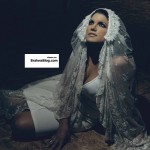 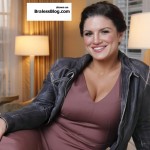 I checked out her twitter feed, and her instagram account, and her facebook page because… well, because I’m a good little stalker. She has 503k followers for her instagram. Trust me, that wouldn’t happen if she was just some simple stunt woman with a hair upper lip and no personality. Some of her popularity has to attributed to cleavage. 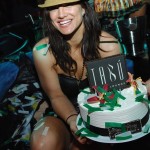 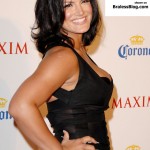 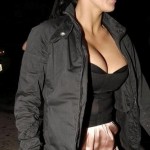 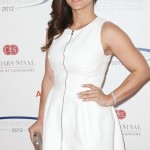 Apparently Gina was saying some uncool things on social media, and go herself fired from her latest acting gig. Not cool, but it in no way affects my inspection of her boobies. I thought it would be an excellent time to post this weigh-in video from a while back. Resolution sucks, but I like what we can see!