Yessir, we’re back to Aubrey O’Day. How can we not frequently revisit this chick when she has such great boobs and is so free with their display? You were kind of daydreaming about her fluorescent eyes anyway. That baked on tan thrills me. I can just see her stripping naked and laying on a tanning bed for half an hour. Here’s a tip from me to you. Boobs are awesome. Okay, I was just kidding. Everybody would expect me to say something like that, especially when I’m in the thralls of a post-coital Audrey viewing. The real tip: 75% of women get turned on when the go to the tanning bed and do their thing. I don’t know what the percentage is, but a whole damn lot of them carry a little friend in their purse and rub one off while they are glowing in the blue lights. These are just facts, man. I don’t have hidden cameras watching chicks in the tanning booth (although that sounds like a really great idea). I have just talked to a lot of women, and they’ve told me the beaver years to be rubbed when they get nekkid like that. Too bad it ruins their skin and makes them all wrinkly later in life. Hey, do what all the rich Hollywood boys do, trade them in for a younger model a few years down the road. Ya hear me Aubrey? Lay off the tanning, rub one off at home with me, or I’m kicking you to the curb. 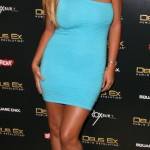 Speaking of eyes, you probably want to check out Sophie Turner‘s eyes while you’re at it.

This entry was posted in Carshow Pokies. Bookmark the permalink.